I posted last December about a great event I was at in November called Congregation. I recently got an email from the organiser, Eoin Kennedy, to let me know that the date is set for Congregation 2014: November 29th. If you are interested in attending this unique event you should express your interest via this handy wee form.

Eoin is also pulling together the social media hacks we shared on the day at #cong13 in an eBook so keep your eyes peeled for that one as well. This is my contribution:

I have been using Buffer on my desktop browser, my phone browser and through it’s native app and lovely integration with Feed.ly for over a year now (https://bufferapp.com/extras). I would highly recommend it if you are responsible for pages on social networks including Google+ (a premium service). Their blog is a wealth of social media and time management information and advice too. If their own extensions aren’t enough for you you can set up your own bookmarklet for iPad too. 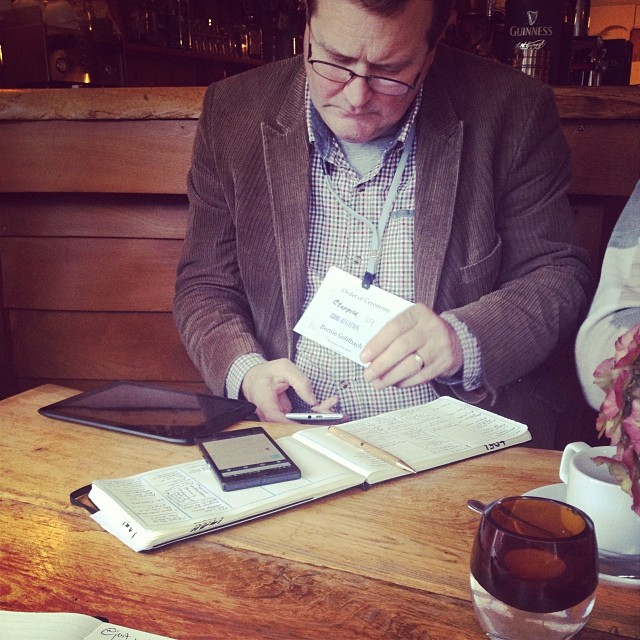 I have just spent the weekend in a tiny wee place in the west or Ireland called Cong. Population 35 (apparently) and setting for The Quiet Man (famously). As mentioned in a previous post I was headed there to take part in Congregation Social Media Gathering, an unconference on the theme of social media. I would highly recommend perusing some of the blog papers submitted as entries to the unconference because you will definitely learn something new and at the very least you will get an understanding of how unique an event Congregation was.

While there was a certain amount of trepidation around the format (4 rotating huddles with 2 different speakers at each throughout the day) it actually worked splendidly. With 50 attendees I think there was only maybe one or two present that I didn’t interact with in this quasi-formal setting but tried to catch up with them during the even more social aspects of the weekend.

I heard presentations about affiliate marketing, about why the digital native/ migrant nomenclature is all wrong, about questioning Google’s omnipotence, about using social media in the classroom (my favourite in fact), about online donations and about developing content strategies. My own presentation is below which was developed from this article I wrote for Pixel Design about making the most of sponsored stories on Facebook, promoted tweets on Twitter and promoted posts on LinkedIn.

Promoted Posts: 8 Tips For Using Sponsored Updates on Linkedin, Facebook, and Twitter from Roseanne Smith
UPDATE June 2014: The organisers are now calling for Expressions of Interest for #Cong14 so get in touch with them ASAP. I reckon there will be huge interest this year after the success of last year.